Add Politics as a migration destination for Law

At the moment, the only defined destination to which questions on Law.SE can be migrated is law Meta. Migration to any other destination requires special moderator intervention, as I understand things. Recently there3 have been several questions migrated to the Politics stack, and at least one Q migrated from Politics to Law. It seems to me that it would make sense to add a Politics destination to the community specific reasons menu. That way any person who has the right to VTC could directly specify a politics destination.

Here is a screenshot of migrations to and from law in the last 90 days: 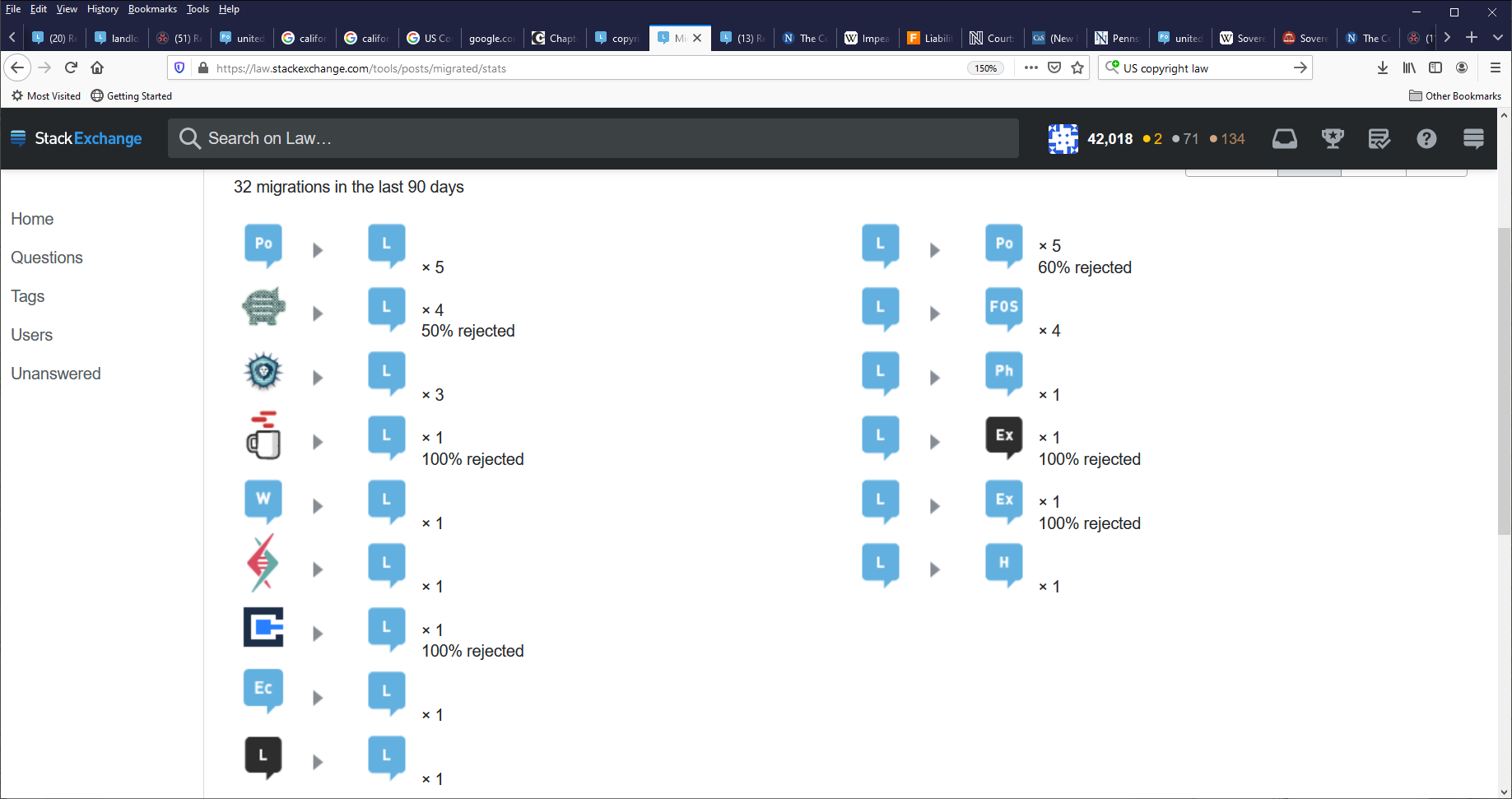 As the above screen shot shows, there were 5 questions migrated from politics to law, and 5 from law to politics (albeit three were rejected) within the last 90 days. No other site had as many, and only one other site (FOS, which is Open Source.SE) occurred more than once as a destination. Is that enough to create a migration path to Politics?

It seems to me that it is likely that in future there will be questions not on topic here but which would be on topic in politics. In particular many "Why" questions would IMO fit better on Politics.

I am not sure of the exact procedure for making such an interface change. I gather it is done on a per-site basis.

Can we make such an addition? What is the detailed procedure?

Here are links to questions which were migrated to Politics from Law and their status:

There are so-called migration paths and not all sites have them; one of the footnotes in the FAQ about migration says this:

2 Not every site has selectable migration paths; in particular, beta sites, recently-graduated sites, and Meta Stack Exchange don't have any selectable sites (other than the site's per-site meta, if applicable, and vice versa). On such sites, only moderators can migrate questions out of that site (as they can choose any site to migrate to).

Law Stack Exchange isn't a beta site anymore, but it's not fully graduated either (e.g. the lack of a custom design, and a privilege reputation scheme that corresponds to beta sites).

There is some renewed discussion about migration paths on Meta Stack Exchange, e.g. here. I can imagine that if migration to Politics Stack Exchange occurs often (how often can be seen by looking at the migration statistics available to 2k users – perhaps you could post a screenshot), it makes sense to ask the Community Managers to add this particular migration path.

Not the answer you're looking for? Browse other questions tagged discussion feature-request .

Welcome!
This site is for discussion about Law Stack Exchange. You must have an account there to participate.
Help

3
Should the site be (hopefully :) enriched with legal questions from Politics.SE?
3
Civil-law and civil-legal-system tags
13
Does Law.SE want Stack Overflow users to recommend their site for licensing questions?
0
Why are questions from law books off-topic?
3
Are questions regarding crime or law enforcement statistics on topic?
3
The migration of questions to Expatriates, pertaining to nationality laws
3
How can you trigger Law SE to pop-up the name of a user in your comments with the at mark? Is it a hidden privilege?
0
Why was this question about an "open ended interview" closed